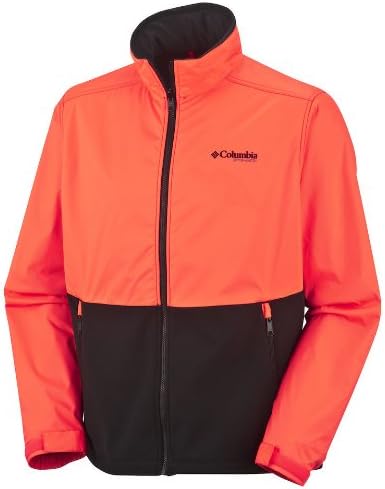 When the wind kicks up in the field, this heavyweight fleece jacket will stop it in its tracks. Windproof bonded fleece is topped with a smooth camo overlay to keep you in stealth mode and features Omni-Shield[r] advanced repellency to keep rain off your back. At the hem, an adjustable drawcord can be cinched tight to keep cold breezes from creeping in. Finished with two zip-closed front pockets to keep small gear secure. Relaxed fit.

Ideal in windy weather, this heavyweight hunting fleece sports a smooth camouflaged overlay to keep you in stealth mode, along with Omni-Shield advanced repellency to protect you from rain. An adjustable drawcord at the hem can be cinched tight to keep cold breezes from creeping in. The relaxed-fit fleece includes two zippered front pockets to keep small gear secure.

Omni-Shield Advanced Repellency is a barrier that resists light rain and stains, keeping you clean and protected. This coated fabric resists all liquids below 170 degrees F from absorbing into the yarns and staining the garment. (The treatment has no noticeable effect on the feel of the material.) The fabric itself will also dry three to five times faster than untreated fabric and will not hold moisture like a conventional fabric, thus remaining lightweight even when wet.